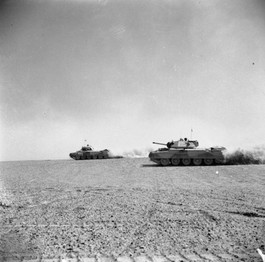 "On 2 November, Rommel warned Hitler that his army faced annihilation. The Allies intercepted his message and Montgomery had the deciphered note in his hands by the next morning" (http://www.bbc.co.uk). "By November 2nd 1942, Rommel knew that he was beaten. Hitler ordered the Afrika Korps to fight to the last but Rommel refused to carry out this order. On November 4th, Rommel started his retreat" (Trueman, Chris). "Hitler ordered Rommel to 'stand and die', but the Panzerarmee had already begun to retreat by the time the order was received. At midday on 4 November, Rommel's last defenses caved in and that evening he received orders from Hitler to withdraw" (http://www.bbc.co.uk). "The remains of the Panzerarmee Afrika was now in full retreat westward, but much of the Italian infantry strength was surrounded and captured. The battle of Alamein was over" (Matanle, Ivor). "Lacking sufficient transportation, Rommel was forced to abandon many of his Italian infantry divisions. As a result, four Italian divisions effectively ceased to exist" (Hickman, Kennedy).

"The Second Battle of El Alamein cost Rommel around 2,349 killed, 5,486 wounded, and 30,121 captured. In addition, his armored units effectively ceased to exist as a fighting force. For Montgomery, the fighting resulted in 2,350 killed, 8,950 wounded, and 2,260 missing, as well as around 200 tanks permanently lost" (Hickman, Kennedy). "El Alamein was a battle of WWI character--methodical, suing massed artillery, with limited advances made good and counterattacks defeated until breakout" (Fraser, David). The battle is often described as "...A grinding battle that was similar to many fought during World War I..." (Hickman, Kennedy).

From Retreat, to the End of the War in North Africa 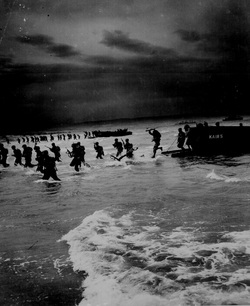 "After Axis forces began withdrawing on November 2, Montgomery sent armor sweeping around behind them, and two days later Rommel's escape road was blocked...Sudden, heavy rains that bogged down vehicles in mud were all, according to Montgomery, that saved his foe from annihilation. The RAF constantly bombed Rommel; Montgomery's armor slashed at his columns...The Nazi leader had no choice but to try to continue his retreat some one thousand miles until he could link up with German forces in Tunisia..." (Sulzberger, C.L.).

"On November 8, 1942, while Rommel was retreating, American and British forces landed in three locations much further west. Under the overall command of American General Dwight D. Eisenhower, 'Operation Torch' began with one landing near Casablanca, on the Atlantic Coast of Morocco, and two on the Mediterranean Sea..." (Feldman, George).

"...the allied troops moved slowly. They were headed for Tunisia, between Algeria and Libya, where they planned to trap Rommel's forces between them and Montgomery's Eighth Army, which was advancing westward. But their hesitation gave Germany and Italy time to rush troops into Tunisia...As it turned out, Germany and Italy made the mistake by sending those troops. Although there was hard fighting, eventually all the axis forces in North Africa--including Rommel's army and the new troops in Tunisia--would be destroyed or captured" (Feldman, George).